Creating an out of this world experience

After a few years out of the limelight, Cartoon Network were looking to relaunch Ben 10 with a brand new series and toy range, aimed at a new generation of fans.

I worked with them to create a number of campaigns that would run alongside the cartoon series at different times across the year. Six ideas were devised that were to be activated in either retail/specialist stores or digitally (through a retailers site).

They were each themed to support one of the key brand messages from the show and to coincide with specific activity happening at that time, either on the series or socially.

Additional experiential activity went ahead, including a European tour which allowed people to immerse themselves in the Ben 10 universe. 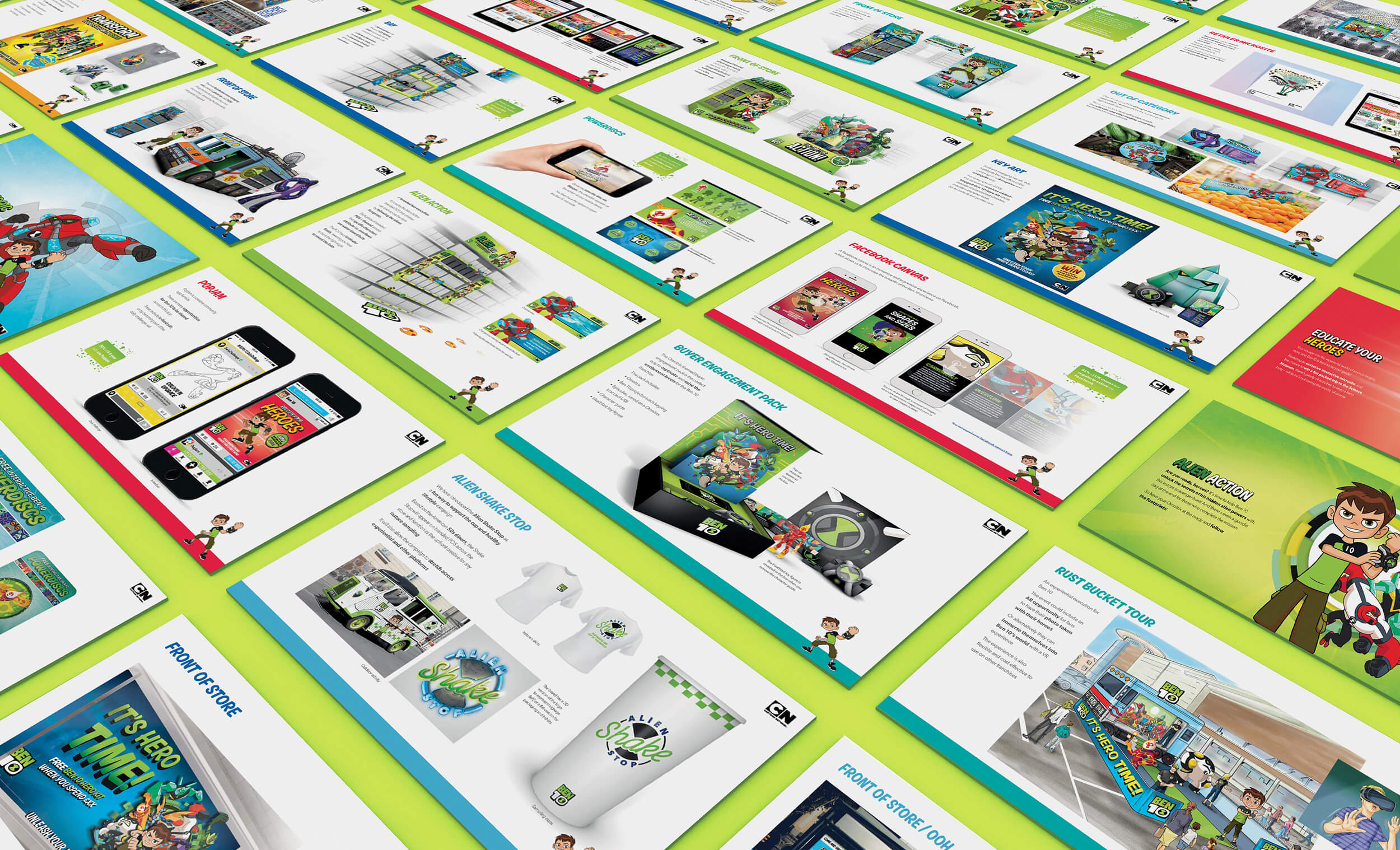 Campaigns were devised to support planned content across the year. These was rolled-out across various retail and digital channels and included theatrical in-store takeovers to engage and raise excitement and awareness. 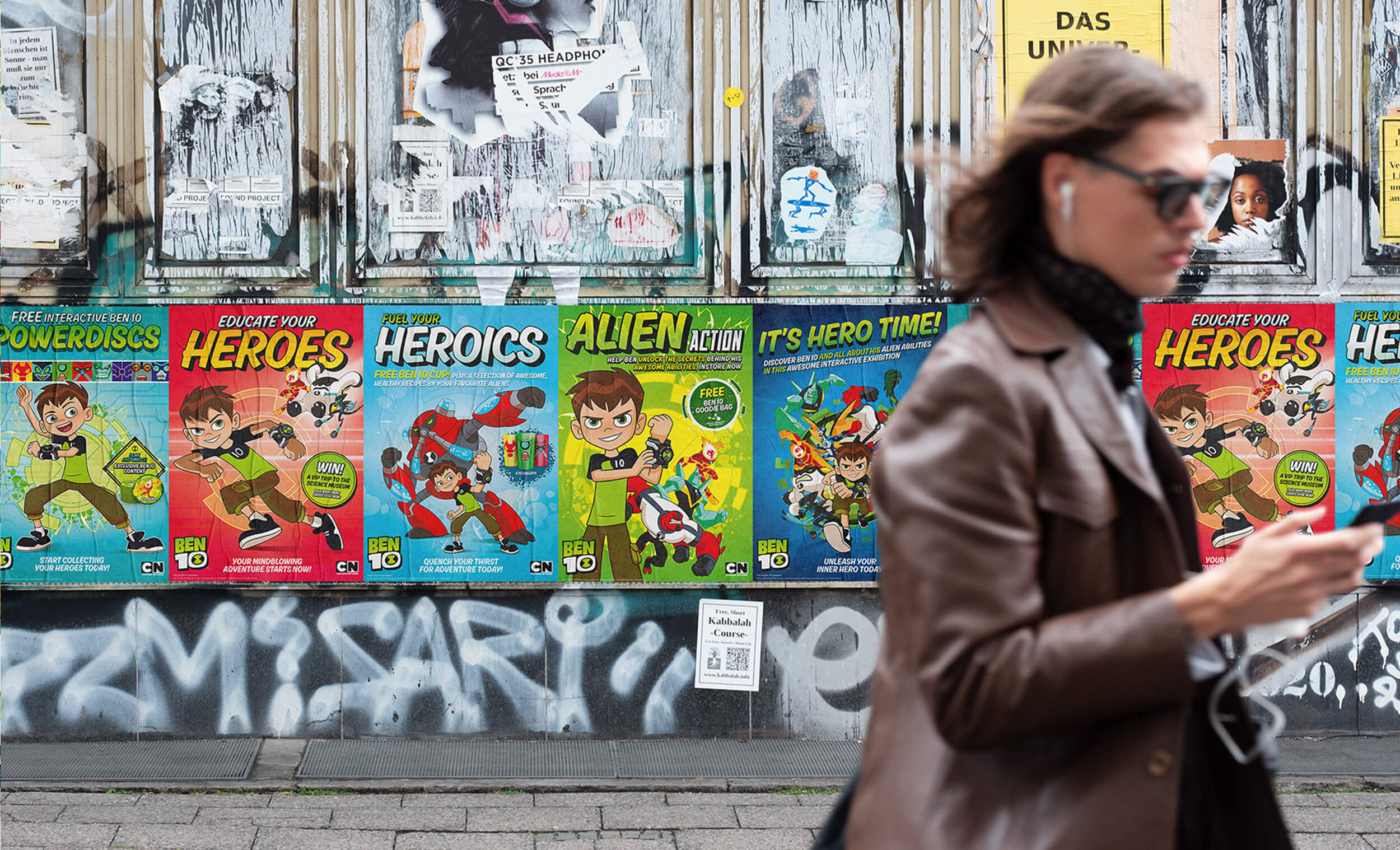 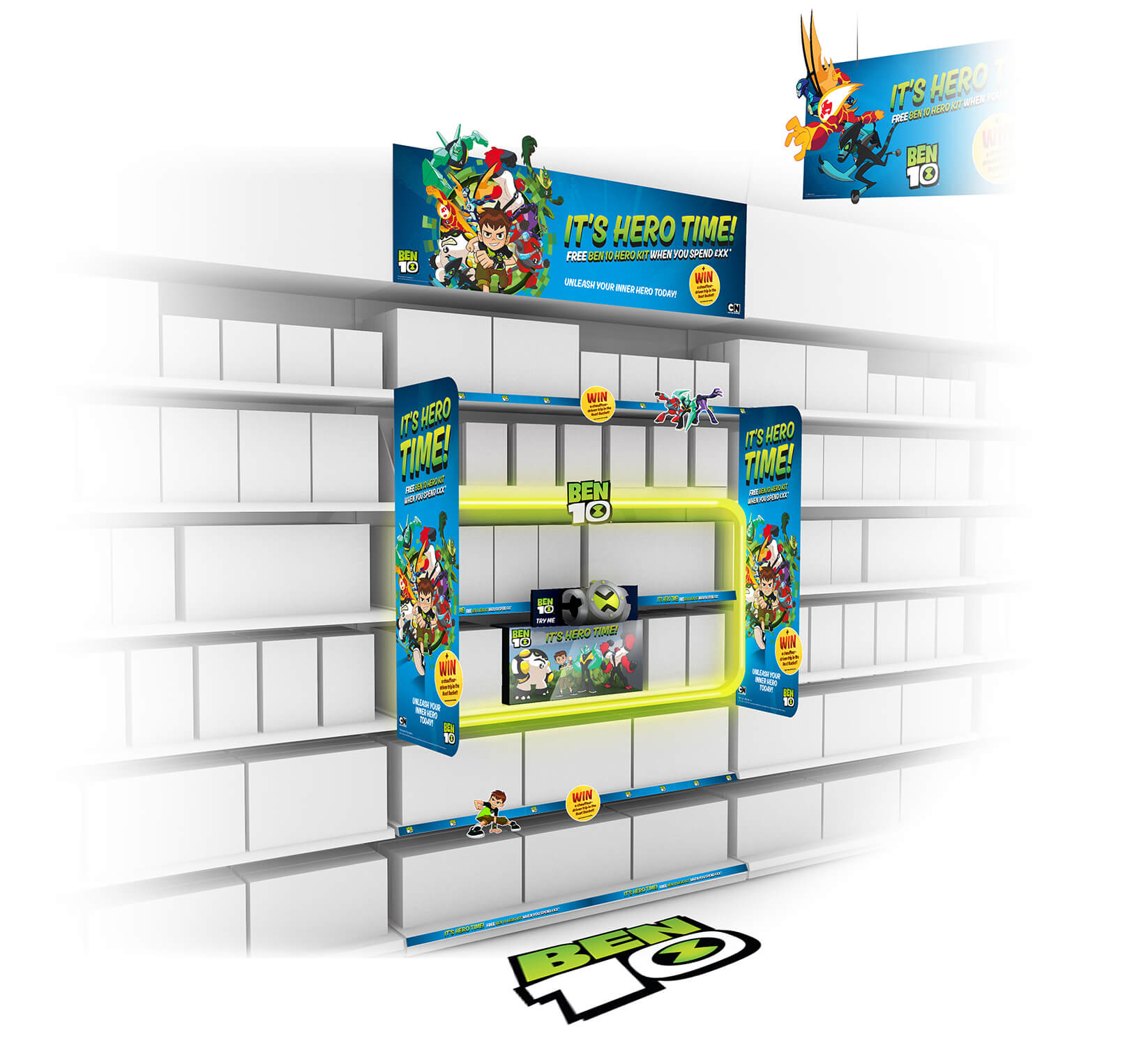 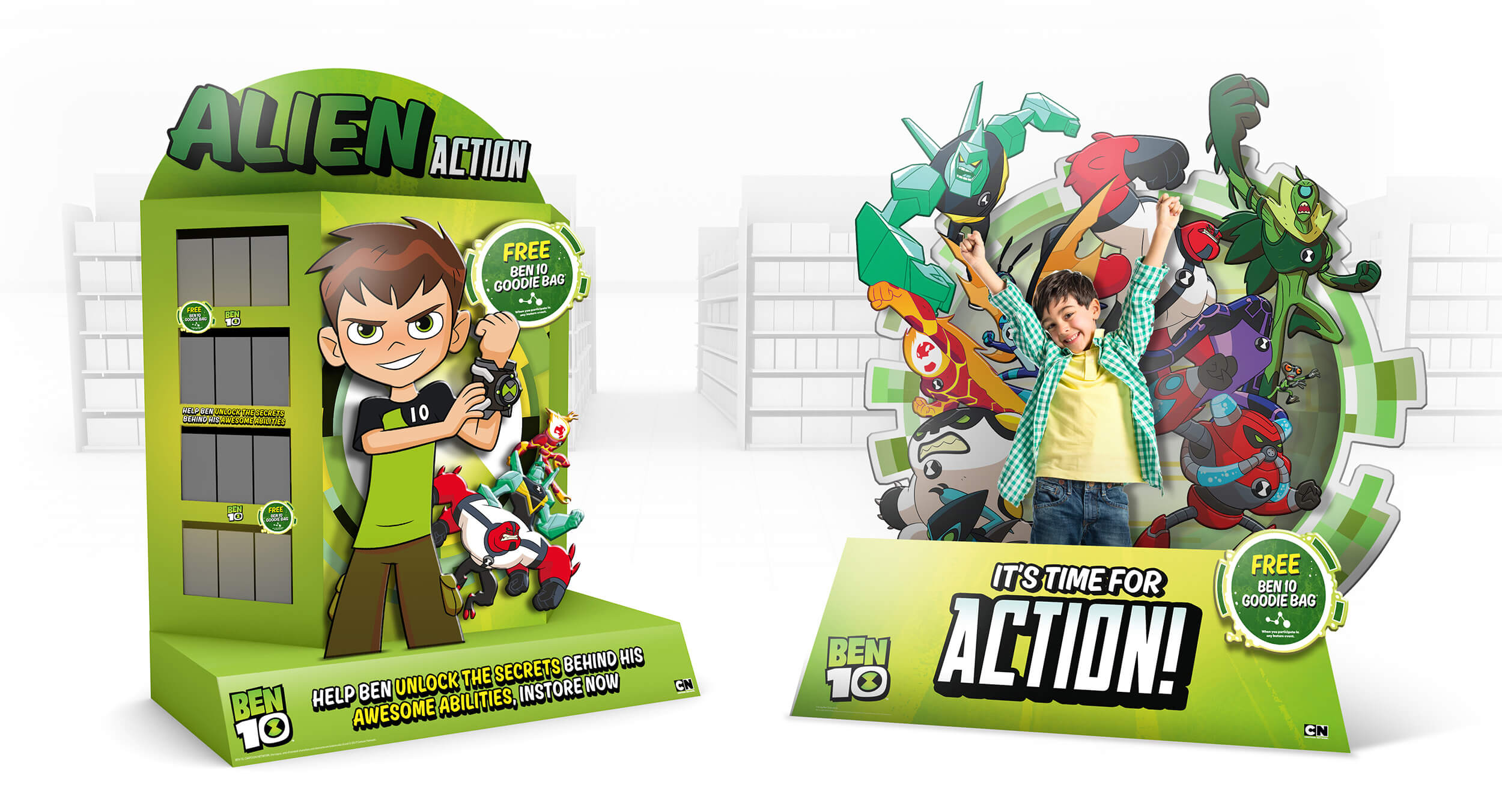 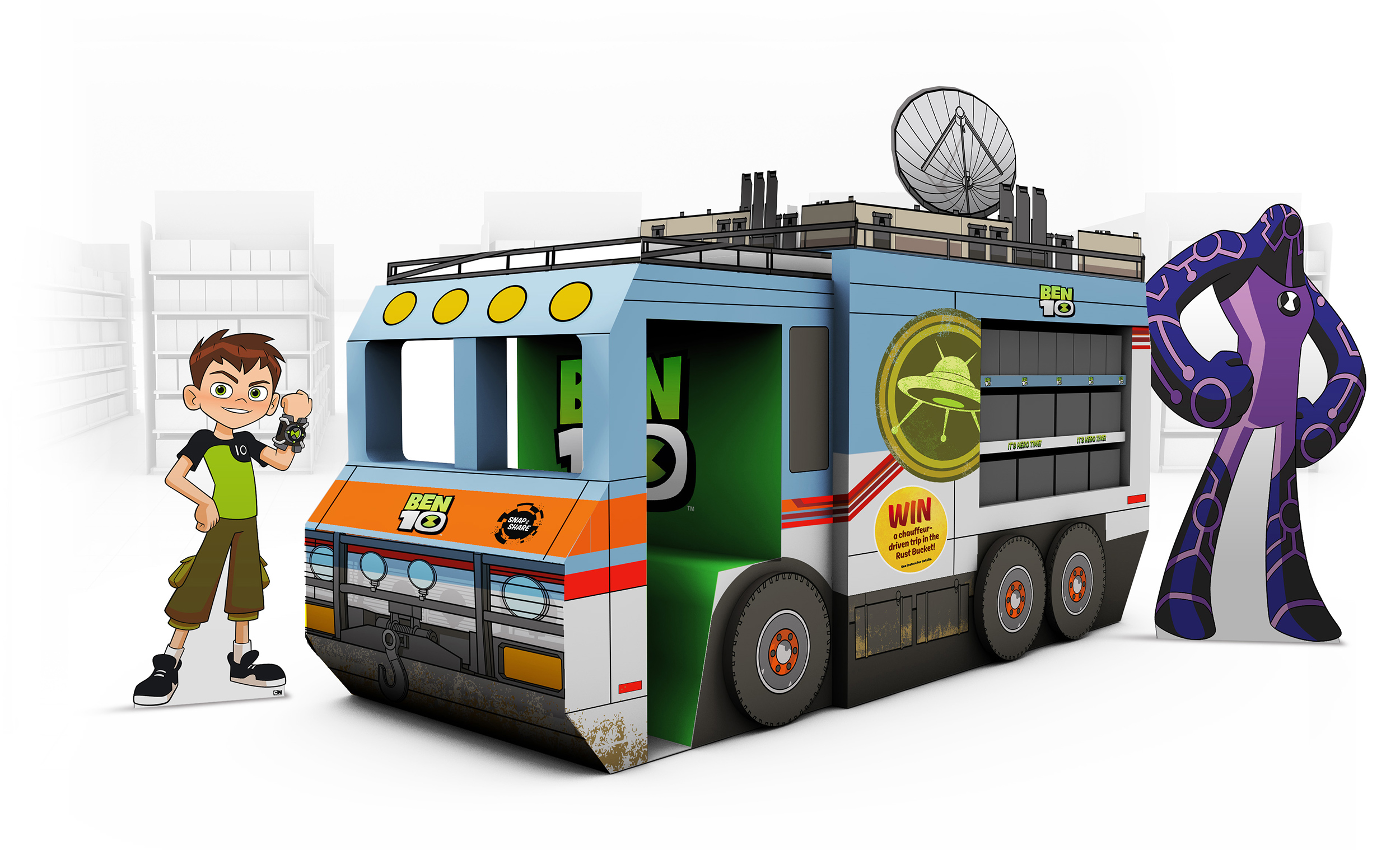 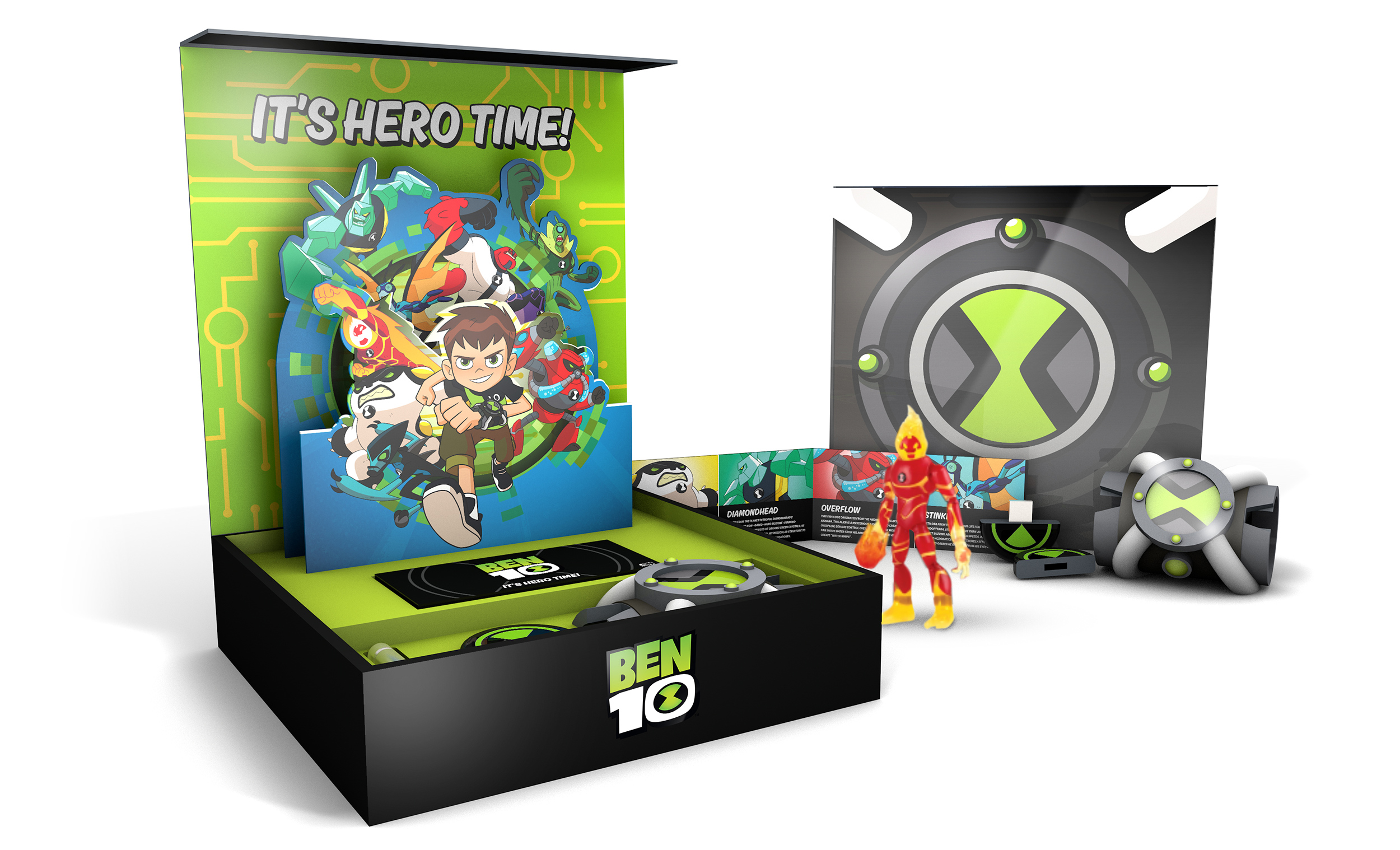 Experiential events were key in supporting the campaign messages and to raise excitement levels. This also included an VR event that toured across Europe, allowing you immerse yourself within the world of Ben 10. 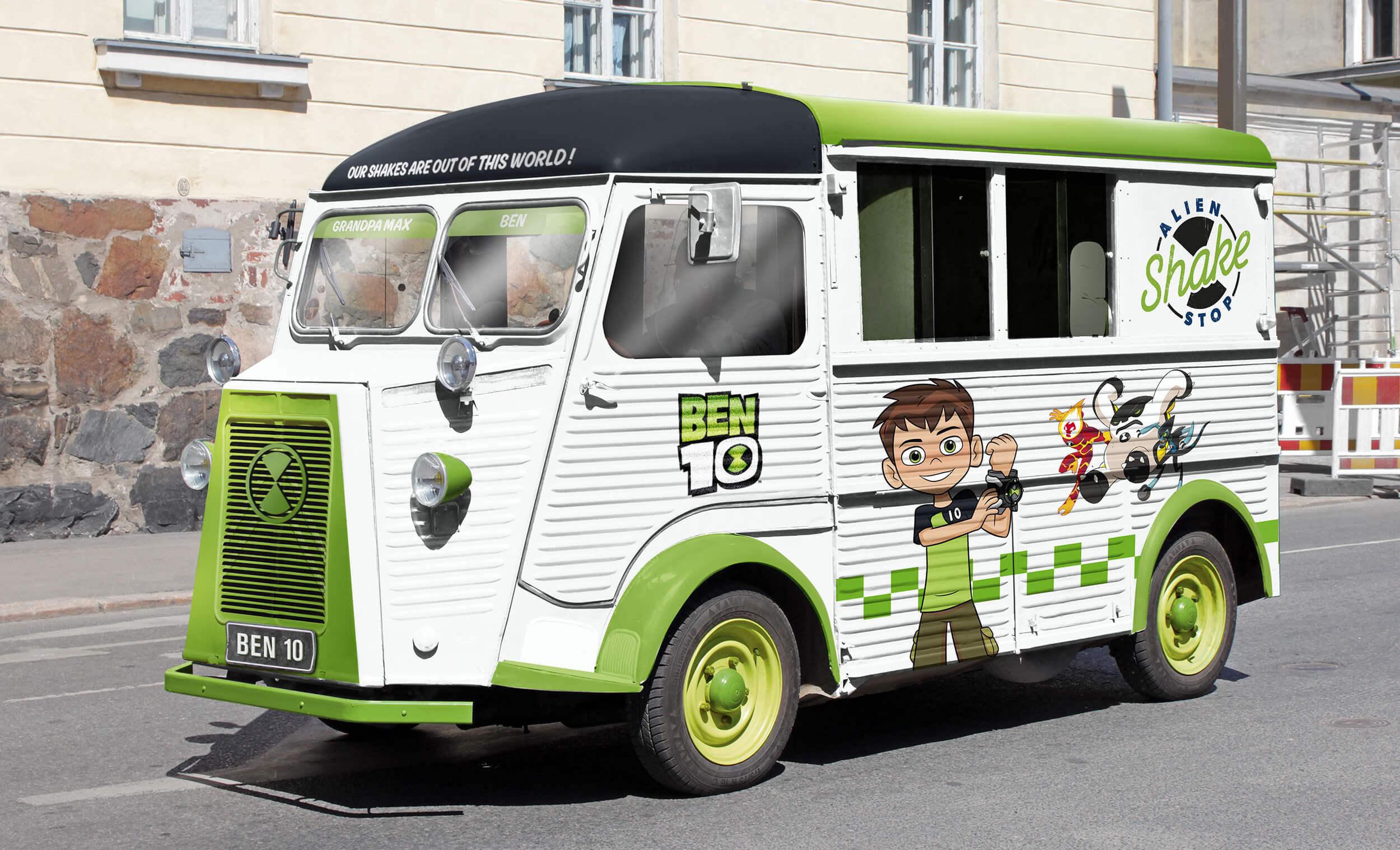 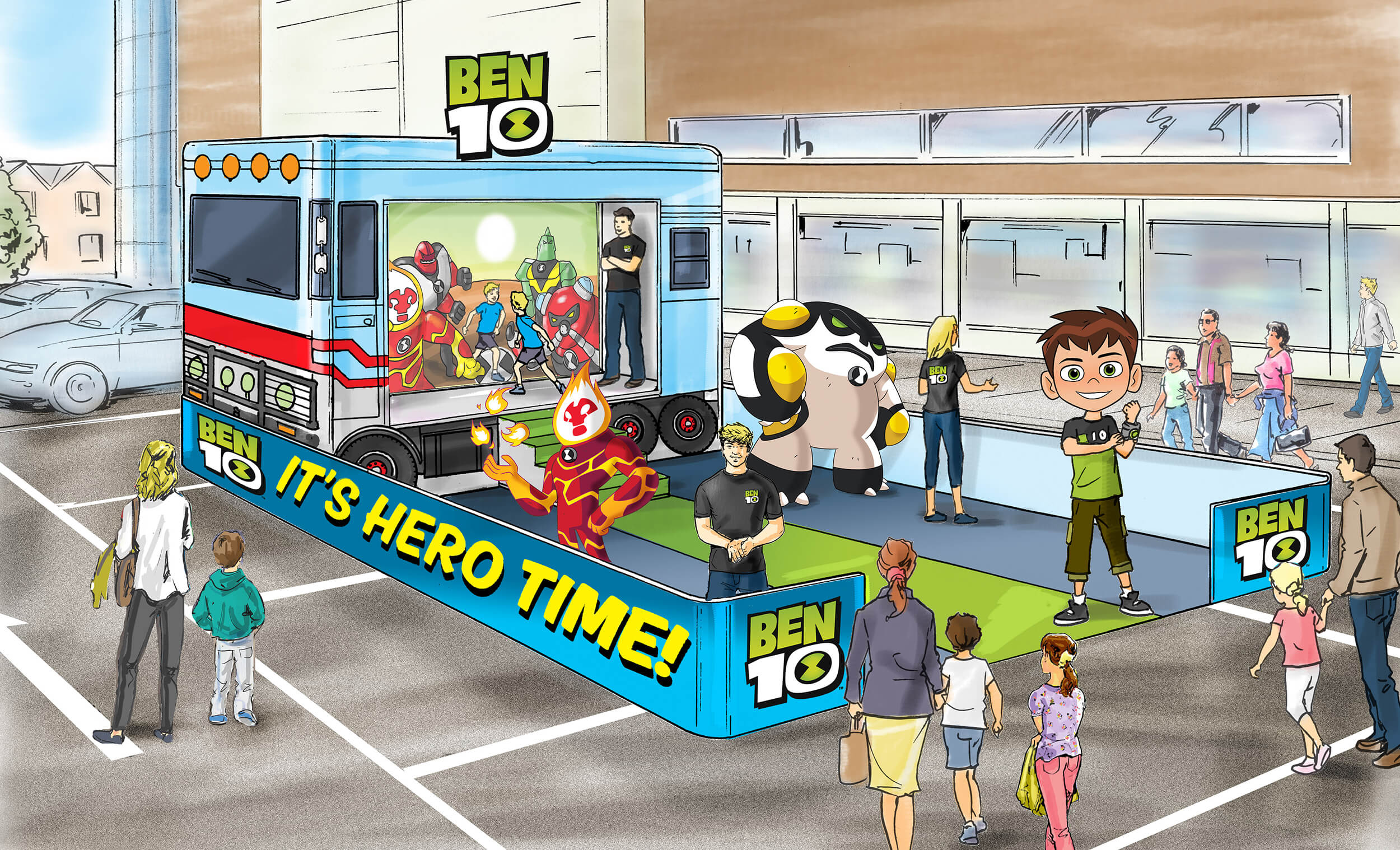 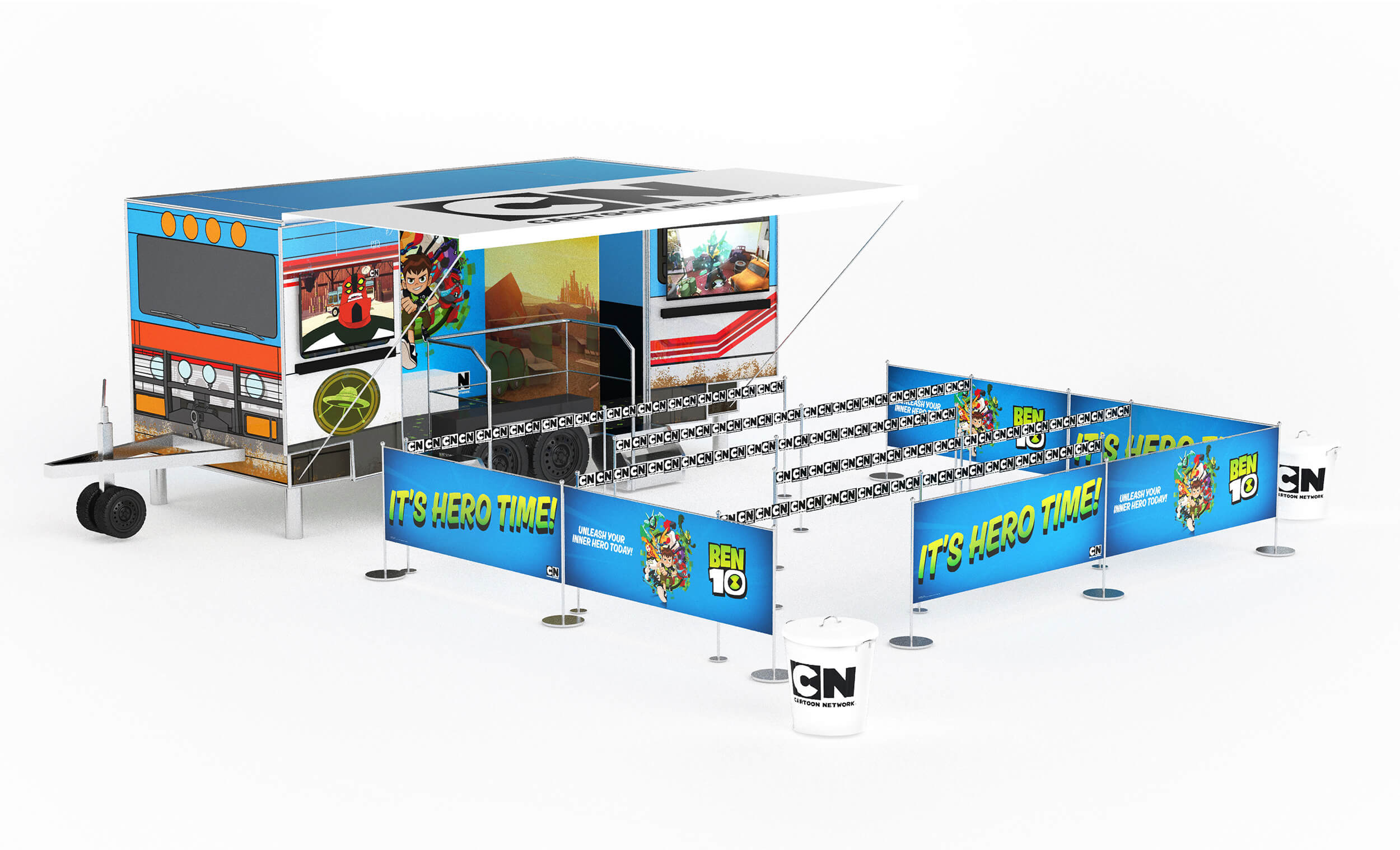 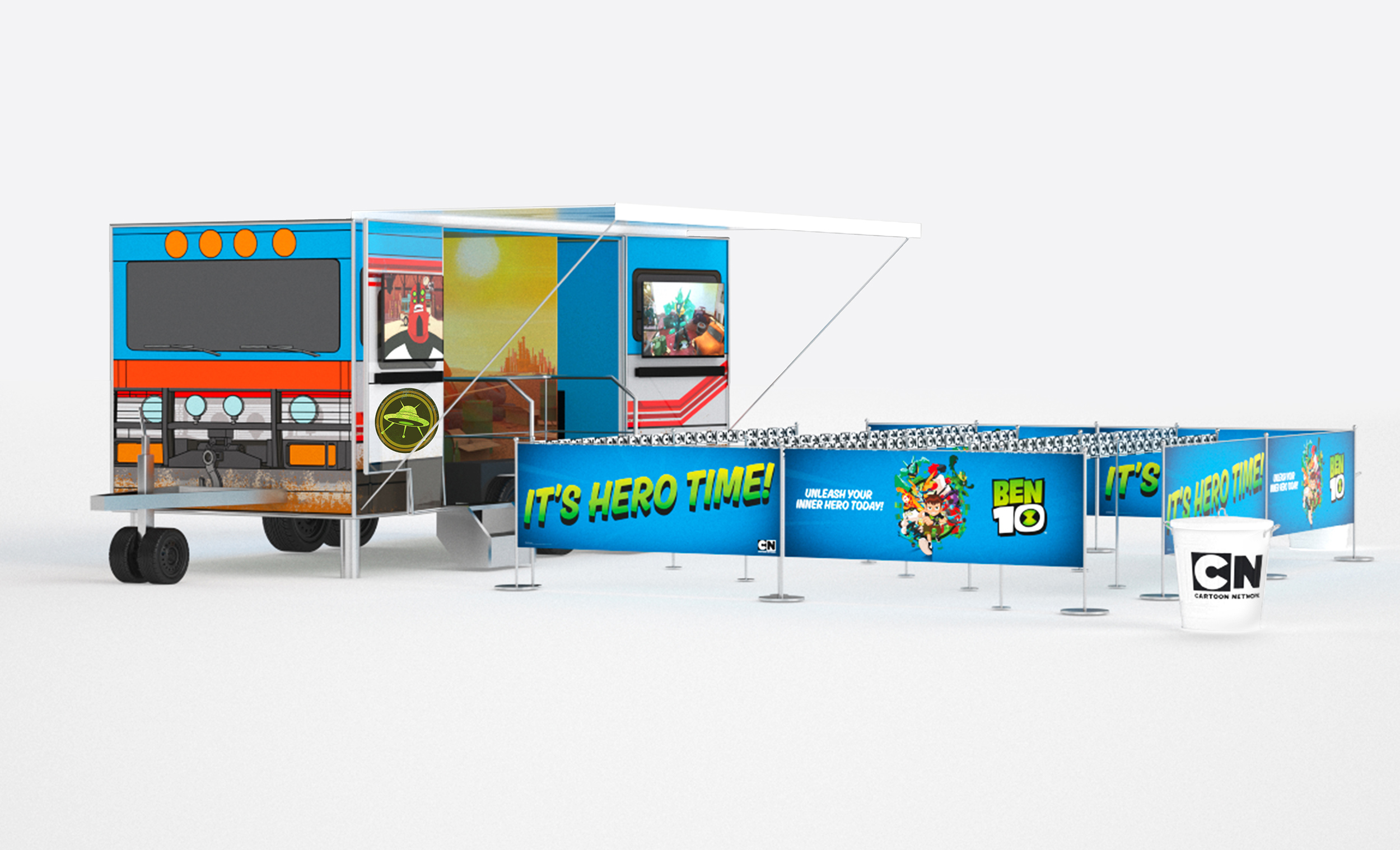 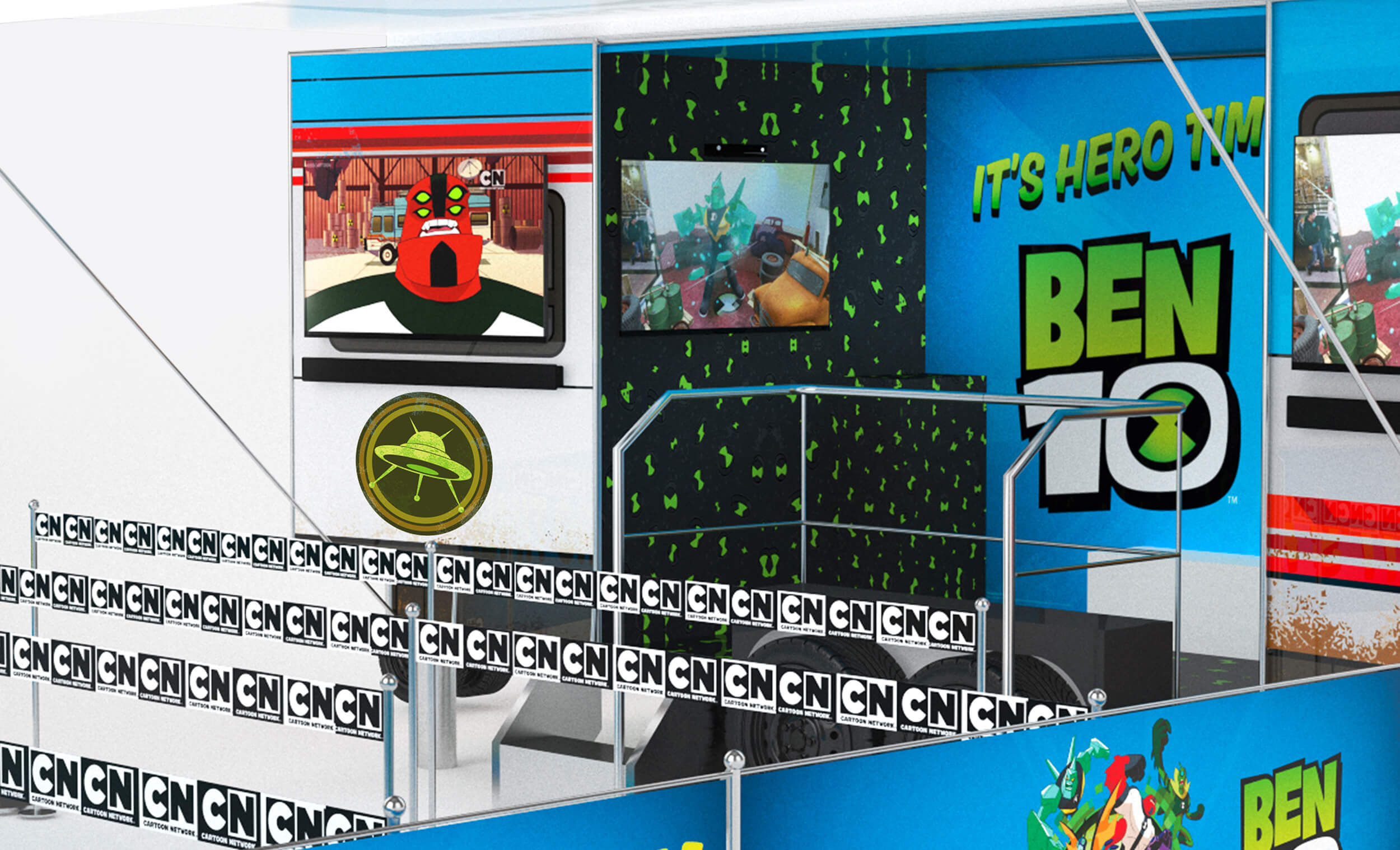 Illustration by Paul Wiseman and 3D renders by Heera Taak